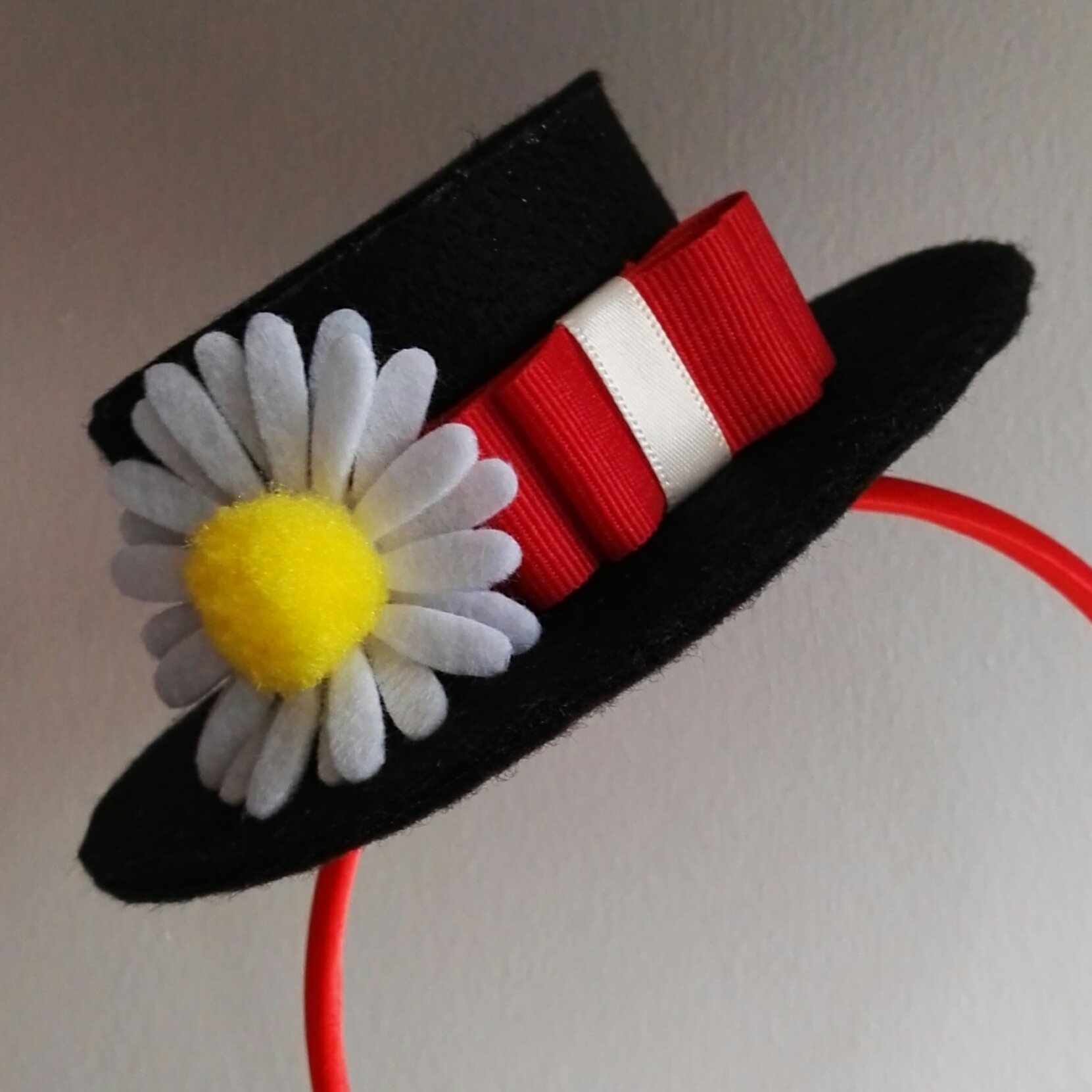 World Book Day is upon us and this year we have a Mary Poppins and an Amelia Jane.

Charlotte decided early on that she wanted to be Amelia Jane as she really loves those stories. She reads them over and over again. Amelia Jane really is a naughty doll! Charlotte has modelled herself on the most recent incarnation of Amelia Jane. She worked out that she had the right dress and tights in her wardrobe and that all she needed were some red shoes (thank you ebay) and for me to put her hair up in pig tails.

I made her a couple of felt bows for her hair (curse that glue gun) and gave her some rosy cheeks and the apparently very important freckle, placed very specifically on her upper right cheek!

Emily took a little longer to decide on her character of choice, but eventually settled on Mary Poppins. Admittedly she loves Mary Poppins as she has seen the film a gazillion times, but she’s only 6 so I’ll forgive her for not having read the book!

Emily’s costume was also thankfully quite straight forward. She wore a school summer shirt, along with a black skirt and tights. I made her a felt bow tie (curse that glue gun again) and a felt hat headband.

The headband was made from three circles of felt, layered with decovil light in the middle for stiffness. I then made a little tube of felt which was topped with a smaller circle of felt. I constructed it partly with some hand stitching and partly with that blasted glue gun (I truly managed to get glue everywhere). The hat was then topped with a ribbon band, a folded bow and a little flower (from the Easter supplies at Wilko). I even managed to squeeze her short hair around a little hair doughnut….just! 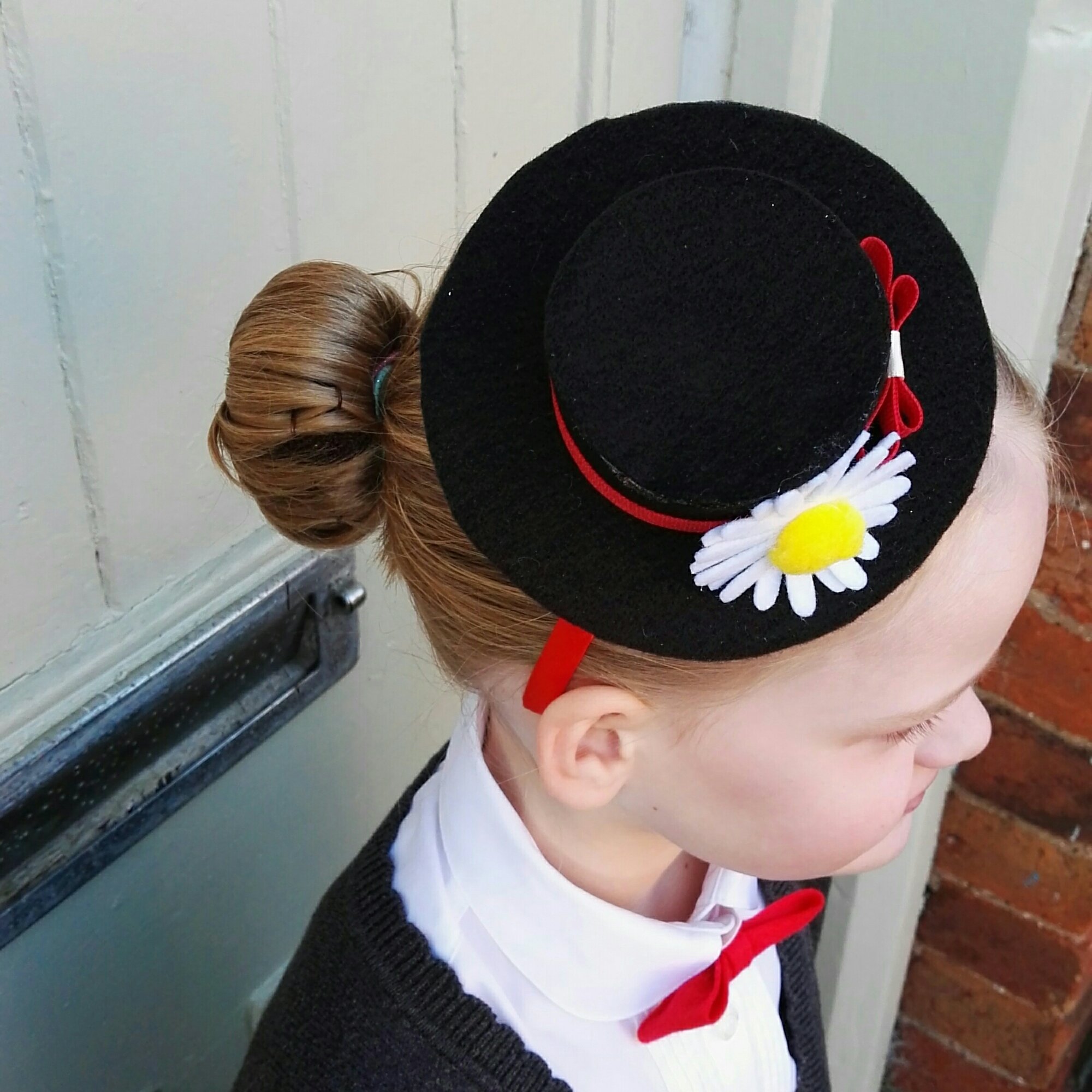 They look the part don’t they?